Built on Faith, Bound for Excellence 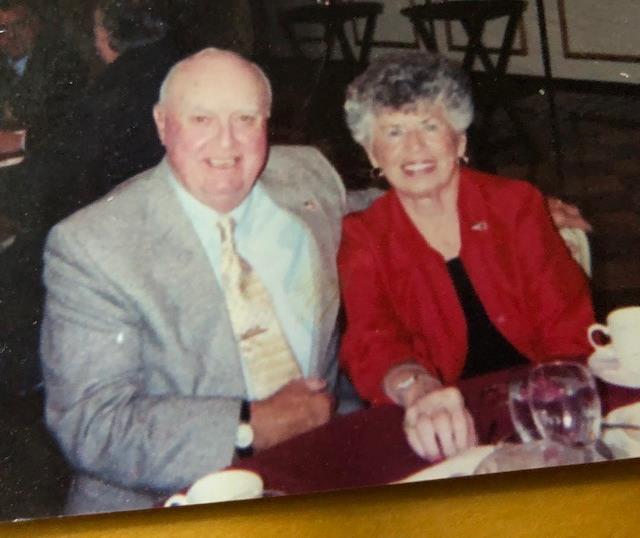 
Tom Downes is a quintessential member of the “Greatest Generation.” He was born and raised in NYC during the most difficult years of the Depression. As an eight-year-old child, he polished shoes to help support his family. While still in high school, he enlisted in the US Army during WWII. Tom served with distinction in the Pacific Theater, where he was seriously injured, returning to the US aboard the original hospital ship, Comfort.


After his rehabilitation, he returned to the Bronx, where he married Marianne and began their family while attending college at night. He worked as an executive in the transportation industry for over 35 years. Tom and Marianne moved to New City in 1960 and quickly became very involved in their new community. Their family grew to eight children, all of whom attended St. Augustine Elementary School, and seven of the eight attended Albertus Magnus.  Two of Tom's grandsons, Matt and Mike Dale also graduated from AM.


Tom was outstanding in juggling his professional career, family demands, and commitment to community service. He coached CYO basketball, Little League baseball and was a volunteer EMT with the New City Ambulance Corps for many years. Tom was acknowledged as a skilled fundraiser for all his pet projects. As his children got older, Tom took on leadership roles for many programs at St. Augustine, Albertus, and St. Thomas Aquinas College. He led the Fathers Club at AM and was a Trustee and President’s Advisor at STAC. Tom was inducted into the AM Hall of Fame in 2013.


Tom’s commitment continued even in his retirement. He and Marianne headed up the committee to enhance the existing athletic fields by purchasing and installing “first-rate” scoreboards on the upper field, baseball diamond, and softball field. Tom has been a fixture of support for the Albertus Magnus Golf Classic since its inception in the 1980s. He has been instrumental in developing the Golf Classic into a significant event and fundraiser for the AM community. With his guidance, it has become an excellent opportunity for alumni, friends, and family to reconnect, enjoy a beautiful day of golf and raise a substantial donation to support the academic and extracurricular programs at AM.


Tom lost his beloved wife of 66 years, Marianne, and son Tommy, AM ’72, in 2017. He has 15 grandchildren and 7 great-grandchildren who are a source of much joy and support and keep him very busy. He still finds time to give his unwavering support to the AM Golf Classic as a legacy of his over 70 years of commitment to Catholic education.

Stay connected to our fAMily